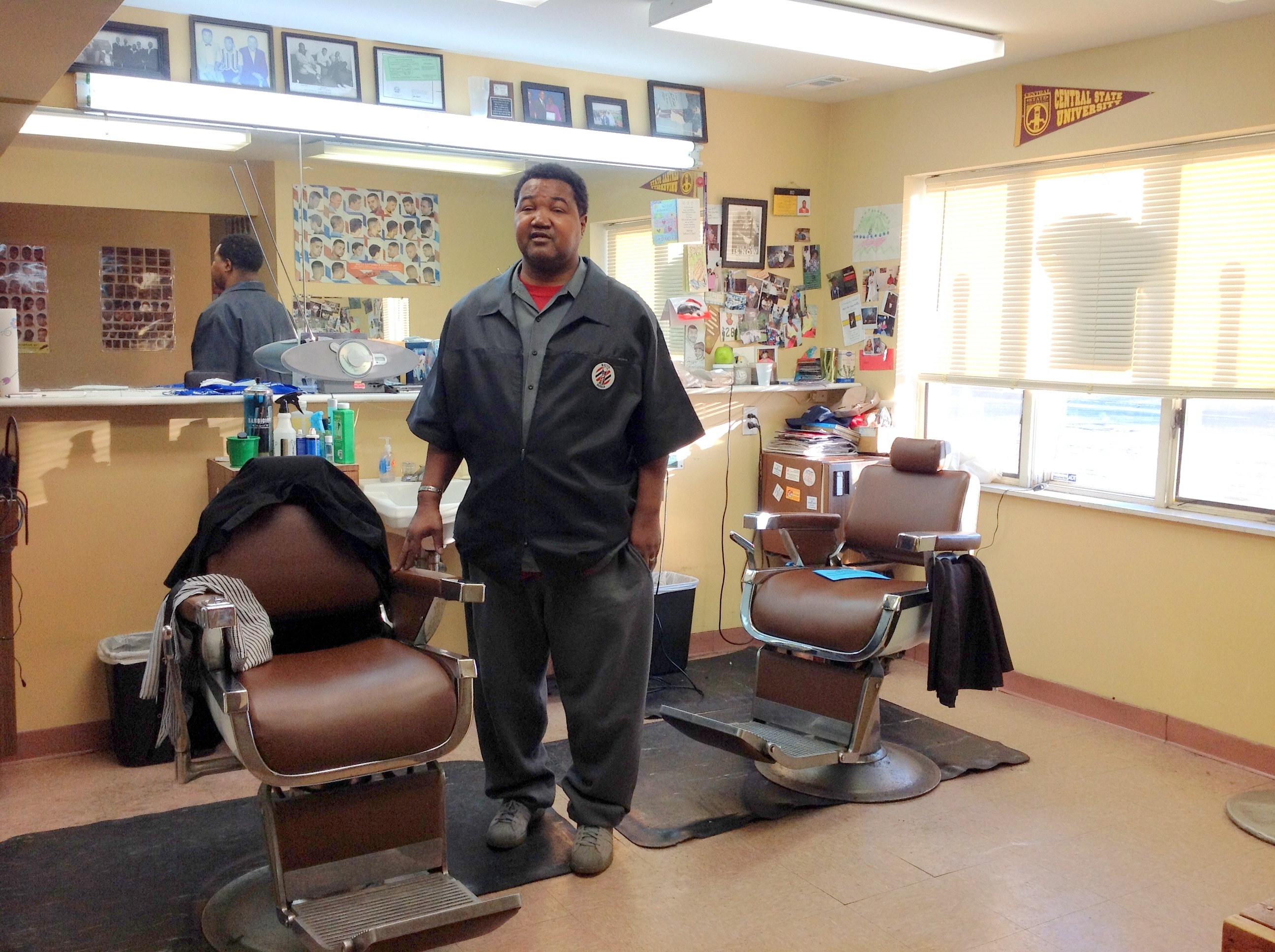 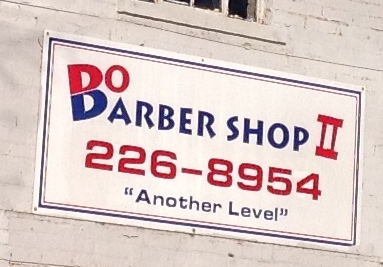 Some of life’s best things come in plain brown packages. You never suspect the gifts that are inside. Such is the case with Bo’s Barber Shop at 7607 Perry Street. Mr. Robert “Bo” Wallace is a quiet man with an unassuming presence. He arrives at his shop at 6 am, and is in bed by 9 at night. The outside of the shop is modest in appearance. Yet the place is one of spiritual nurture, run by this deeply religious barber.  Posters line the walls for various church sponsored events. Bo points out the poster of a famous gospel singer, with whom he sang (in his church choir) as part of a gospel event at the Reds stadium, before a crowd of 20,000.

He’s been in the business since barber school in 1991, and has owned this historic brick building at 1580 Compton Road for almost 10 years. Owning the building, which has another business tenant, allows him to work without the pressure to bring in large numbers of customers. If he has 20 or 30 customers in a day, that’s fine. There are other barbers working here as independent contractors. Bo points out a picture of himself with a young boy seated in the barber’s chair – that was him and his nephew over 20 years ago.  Then he points to a picture of a grown man – his nephew today, one of the barbers in this shop.

What is clearly more central to Mr. Bo than the business of barbering is his church involvement and service to the community. He hands me a flyer announcing a 16th Annual Southern College Tour.  He and his wife Belinda Tubbs Wallace, Principal at Cincinnati Public Schools’ Rockdale Academy,  bring two busloads of high school students during their spring break on a tour of Black colleges. It’s a very big deal. Some of these kids have never been across the bridge (over the Ohio River), he says. And now some of the kids from early tours, who have children of their own, come and speak to the students. Bo says that both he and his wife went to Black colleges, and they felt called to provide this service that helps Black youth through the process of considering college. Their non-profit organization receives corporate donations from companies such as P&G to help defray the costs.

Stop in and say hi to Bo Wallace if you happen to be passing by. 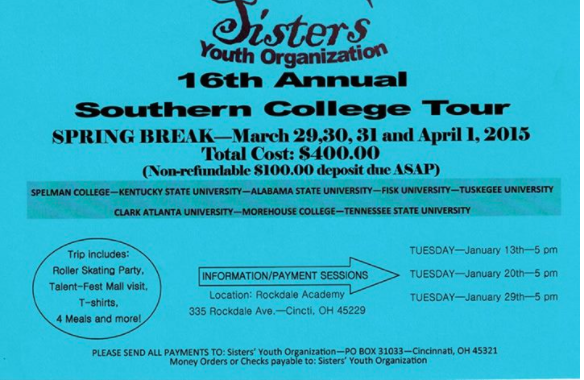