Diana Lynn School of Dance is located at 1591 Kinney Avenue. It’s a wonderful opportunity for homeschooled kids, for those who just want their kids to get a foothold in dance, and even for adults, and registration is happening now, for classes that begin in September.

The Diana Lynn School of Dance celebrated its 50th year in business in 2014, and its eighth year in the two-story white concrete block building at 1591 Kinney Avenue. The proprietor, Diana Lynn Rielage, has pursued her lifelong passion for teaching dance since 1963, and over the years has used different locations for her classroom, including her own home studio in Colerain Township. She teaches ballet, tap and jazz styles for all ages -from as young as age 2 through adult. She even choreographs Broadway style performances for the Diana Lynn Dancers, an amateur group composed of students who began dancing with Diana as youngsters and are now in their 20s and 30s.Some have children of their own taking lessons at the school. (They perform around town for various public and private events, the largest of which is the Germania Society’s annual festival called Christkindlmarkt, held the weekend before Thanksgiving.)

We looked at the many pictures lining her waiting room of the Diana Lynn Dancers in various costumes. Last year, for the 50th anniversary celebration, the group reunited all of its former dancers. Diana pointed out some of those women, who are now in their 50s, on stage and decked out in chorus line attire, doing the high kick. 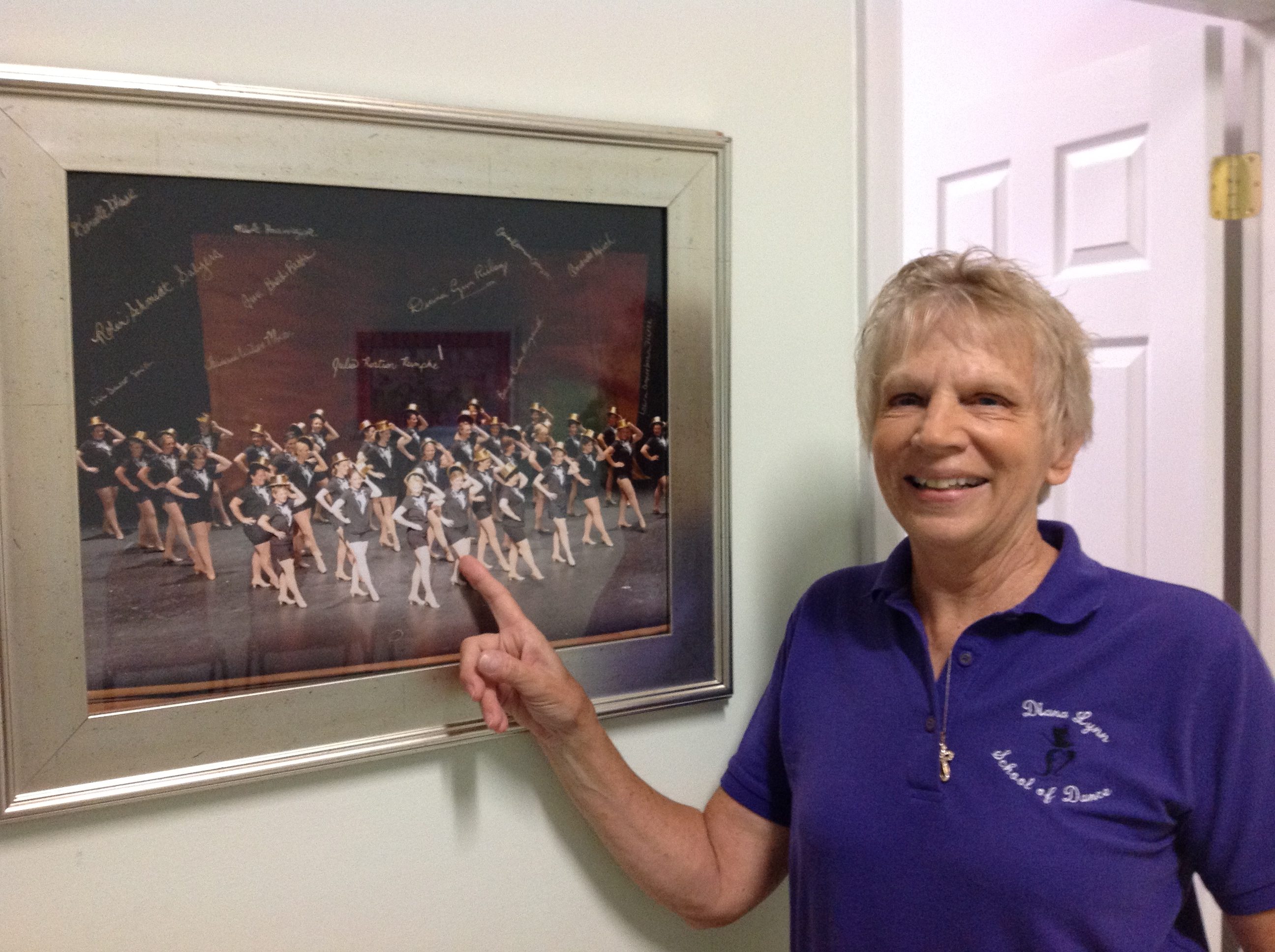 The dance classroom is a pleasant, roomy space with lots of natural light that belies the inconspicuous exterior that you could pass by without even being taking notice. Diana herself took dance here, from its former proprietor, as a high school senior, and she made sure her three sons got an introduction. In addition to having launched many youngsters into a love of dance, and inspiring many to pursue careers as dance teachers or performers, Diana held office for two terms as a Trustee of Colerain Township.

In addition to the regular classes, there are special six-week sessions for two-year-olds and a parent, a great enrichment opportunity for home schooling families in the area. For more information contact Diana at 513-729-0504.